The Artist As StoryTeller, Episode 1 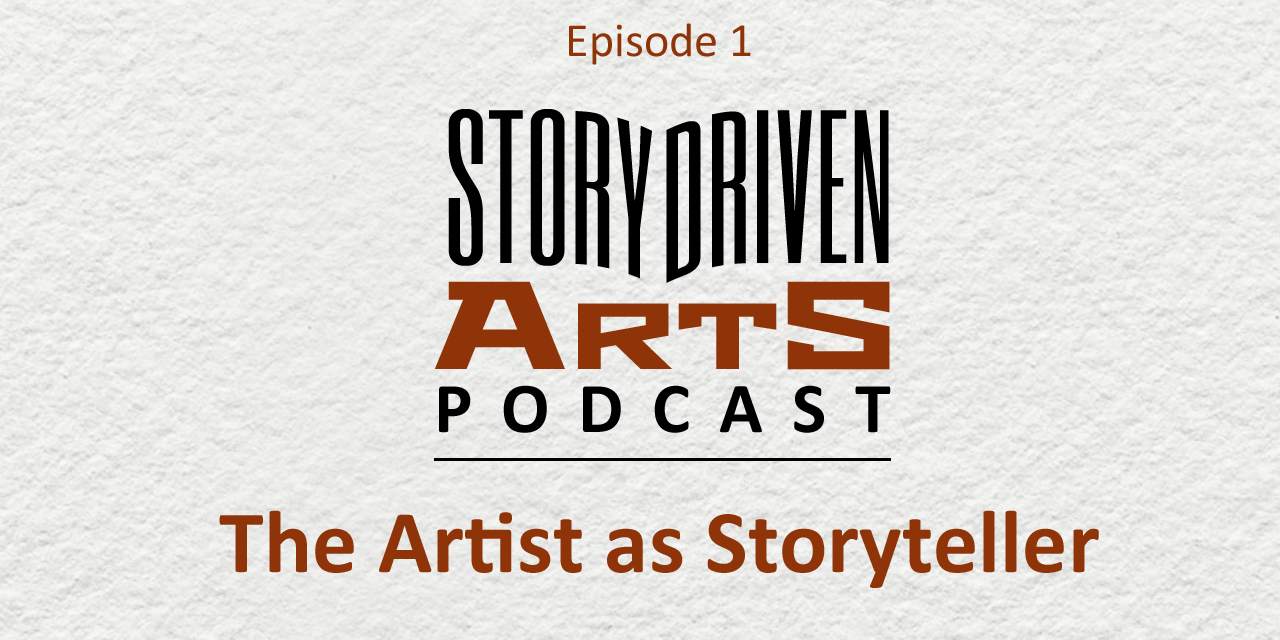 Throughout history artists have been storytellers. From Egyptian hieroglyphs and Michelangelo to Howard Pyle and Glen Keane, we are part of a glorious heritage of storytelling artists.

This is episode 1 of the Story Driven Arts podcast.

In the past 30 years I’ve made a career in the art of storytelling. I’ve worked as an animation director, character animator, oil painter, illustrator and screenwriter. I’ve worked on over a hundred commercials, painted racks of oil paintings, illustrated a number of children’s books, written and sold a handful of screenplays, and I’ve directed three of those scripts as animated films.  I’ve studied drawing, animation, painting and screenwriting under some of the greats of our day, and I currently work as an Animation Director and Supervisor at Tonic DNA in Montreal. Like many of you, I’ve always had a love for both storytelling and art.

And I have four children who have grown up to love and pursue the same artistic and storytelling passions that I have.

Every year, as we travel to visit family, we pass by three museums built to preserve the art of three of my favorite artists in the history of art: Howard Pyle, N.C. Wyeth and Norman Rockwell. These artists worked in the early 20th century during the golden age of American illustration. You may not know these artists, yet they are part of a long lineage of storytelling artists that stretches back to Michelangelo and beyond.

The history of art is largely the history of storytellers. This might seem strange to modern minds, but if you were to jump back 100 years before the advent of the camera and abstract/expressionistic art you would find that most art was not merely decorative or ornamental, it was designed to tell a story.

The artists of today work in the same mediums, but we also have a new dimension to our storytelling — and that is time and motion. The cinema and animation allow us to tell stories in ways ancient artists never imagined.

This is our heritage — and this is my passion.

Yes, there is plenty of room in art for decoration, cultural commentary, and mere representation, but those uses of art have only gained ground in relatively recent history, and as much as I enjoy some of that kind of art, my heart is in art that tells a story.

It’s often said that the best animators and best painters are the best draftsmen. There’s a lot of truth to this just as it can be said the best novelists are those who have the best command of their written language. But, just as writers need to do more than develop a large vocabulary and learn the rules of grammar to become good storytellers, so too artists and animators need to do more than just learn how to draw the human figure and create the illusion of light in paint.

Yet this is what most of our artistic studies focus on — becoming better at drawing and rendering.

Drawing and rendering is only one of the tools we need. The other tool set that our education often overlooks is the ability to create powerful, empathetic, character performances, properly composed in a frame (stage), that tells a clear, meaningful story.

Telling stories with images is not an easy craft to master. It takes a passionate pursuit of this craft. And today it’s even more challenging. We are not living in the age of Michelangelo. Our society has much more demanding sensibilities because we are a culture fashioned by the media and the arts. Artists today, whether you like it or not, you are either working in the medium of the moving image, or you are competing with it.

We look at old movies that have sappy, ham-handed storytelling — but they won awards and we can’t believe audiences used to find that kind of acting and storytelling powerful. And that’s in less than a century! We must recognize the artistic storytelling of Raphael’s era is much different than the storytelling that will satisfy audiences today. Yet the principles are there.

For animators this need for excellent performance is even greater.

Think about this. There are tens of thousands of actors in Hollywood, yet less than 5% ever get onto a movie or show, less than that ever land a secondary or lead role, and fewer still create those performances that resonate with audiences.

Sure, the decisions to cast these actors is also complicated by politics, economics, and fear. But when one of these unknown actors are given roles, more often than not, we feel the weakness in their performances, and sometimes we cringe. There’s a good reason Daniel Day Lewis and Helen Mirren are “bankable” actors. They deliver solid, powerful performances.

We attempt the same thing with our art and animation, and it’s our job to become “bankable.” Yes, that requires excellent draftsmanship, but draftsmanship is not enough. Beautiful models can be taught to strike a pose, but that doesn’t mean they can carry a performance, and that’s why most models who attempt acting don’t get very far. They are only there because they look good in the image, not because they can deliver a compelling performance.

As artists, if we are to avoid the same fate, and stand tall in this lineage that we love, we need to be able to create great performances that serve story, and if you’re in animation, serve the director’s vision. This is what I hope Story Driven Arts will help you achieve. Whether you are creating gallery paintings, children’s book illustrations or animation, you must learn how to tell a story in art.

We come from a masterful heritage.  We are artists — we are storytellers — and I believe we are living in the greatest age of storytelling artists in the history of art. 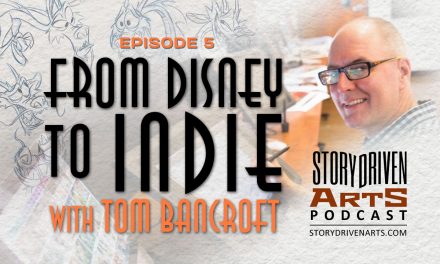 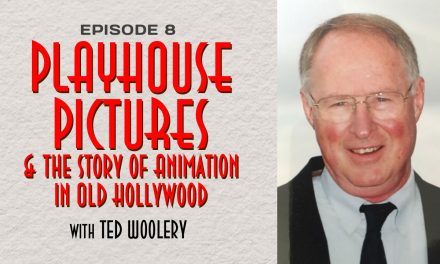 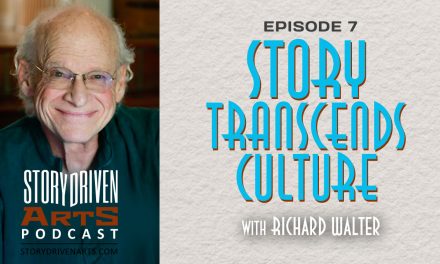